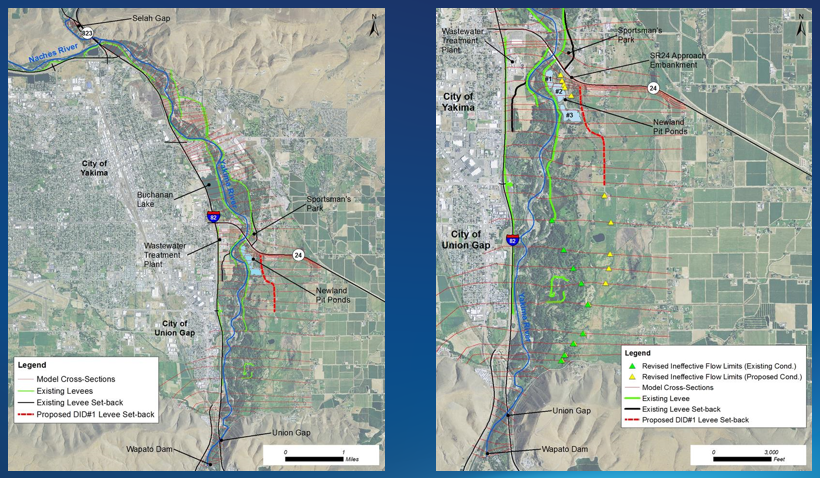 The Yakima River in eastern Washington State has been confined due to the construction of numerous levees over the past century. Although providing valuable flood protection, levee confinement has interrupted natural morphologic processes resulting in reduced channel complexity and habitat.  As part of a plan to reactivate the Yakima River floodplain to reduce flood elevations and velocities as well as increase access to back channel habitat, the Yakima County Flood Control District has undertaken a Section 1135 Environmental Restoration Feasibility Study with the Seattle District U.S. Army Corps of Engineers for a levee setback project on the Yakima River, within the City of Yakima, WA. 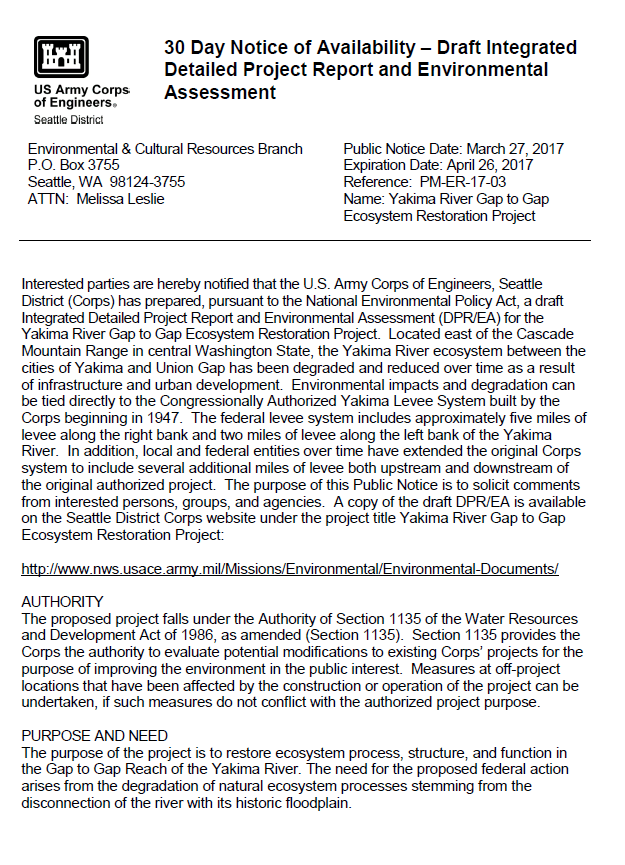 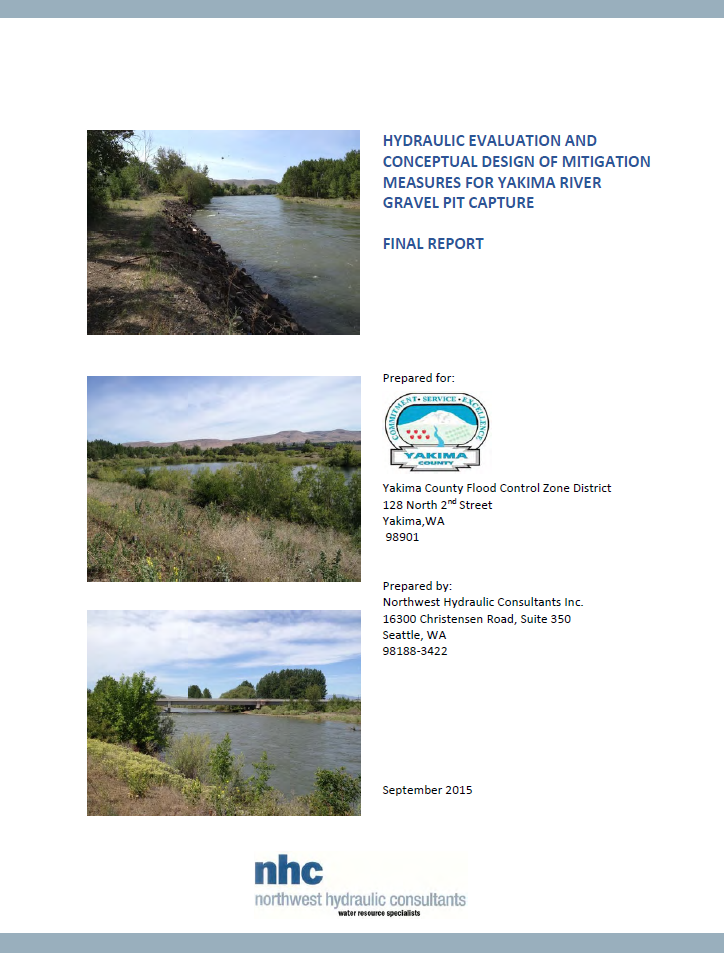 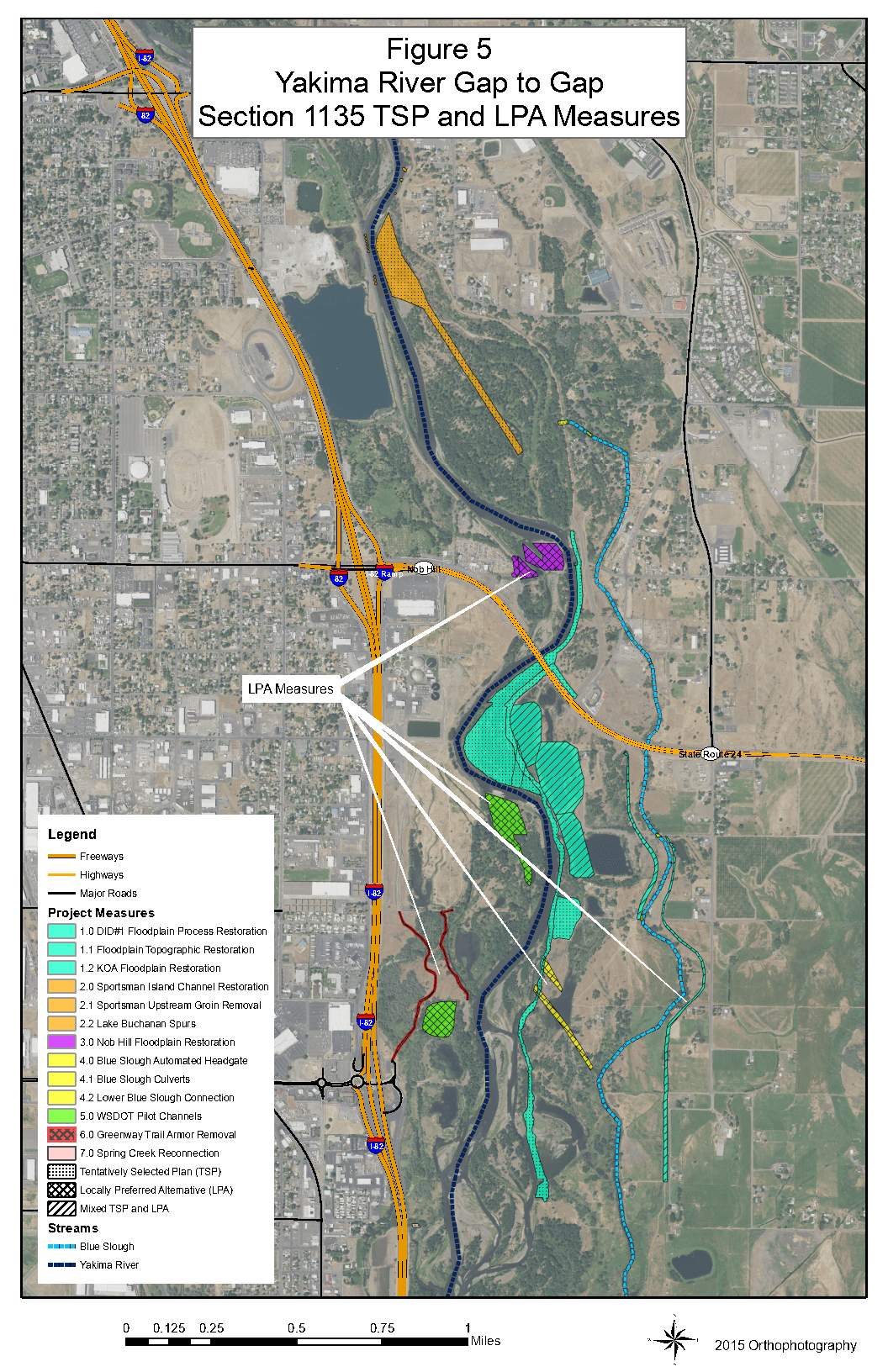