Drought is a prolonged period of dryness severe enough to reduce soil moisture, water and snow levels below the necessary levels for sustaining plant, animal and economic systems. It decreases available water in reservoirs, lakes, streams and aquifers for people and nature. Droughts are part of the climate cycle but can be worsened by a variety of factors. They are an expected phase in the climatic cycle of almost any geographical region. In the past 100 years in the United States, there have been three periods of large scale droughts. The first was the Dust Bowl of the 1930s. In the 1950s, another drought impacted the South, Southwest and Plains areas. The third period has been occurring in recent decades.

Drought is the most complex but least understood of natural hazards, affecting more people than any other hazard (Hagman 1984). Drought is a unique natural hazard due to many reasons. First, the onset and the end of drought is difficult to determine (Tannehill 1947). The effects of drought often accumulate slowly over a considerable period and may linger for years after the termination of the event. Because of this, drought is often referred to as a creeping phenomenon (Tannehill 1947). Second is the absence of a precise and universally accepted definition of drought, which adds to the confusion about whether a drought exists and, if it does, its degree of severity. Realistically, definitions of drought must be region and application (or impact) specific (Wilhite and Grant 1985). Third, drought impacts are nonstructural and spread over larger areas in comparison to most of the other natural hazards. This represents a big challenge for emergency managers as they are more accustomed to dealing with localized and structural impacts that require mobilization response to restore communication, transportation channels, provision of medical and food supplies, and so on. These characteristics of drought ultimately hinder development of accurate, reliable and timely estimates of extent, duration and severity of droughts (Wilhite et. al. 2007).

According to the National Drought Mitigation Center (NDMC), drought “originates from a deficiency of precipitation over an extended period, usually a season or more. This deficiency results in a water shortage for some activity, group or environmental sector.” What is clear is that a condition perceived as “drought” in a given location is the result of a significant decrease in water supply relative to what is “normal” in that area. Washington State is one of the few states to have a statutory definition of drought (Revised Code of Washington Chapter 43.83B.400). Drought is defined as (1) the water supply for the area is below 75 percent of normal and (2) water uses and users in the area will likely incur undue hardships because of the water shortage. 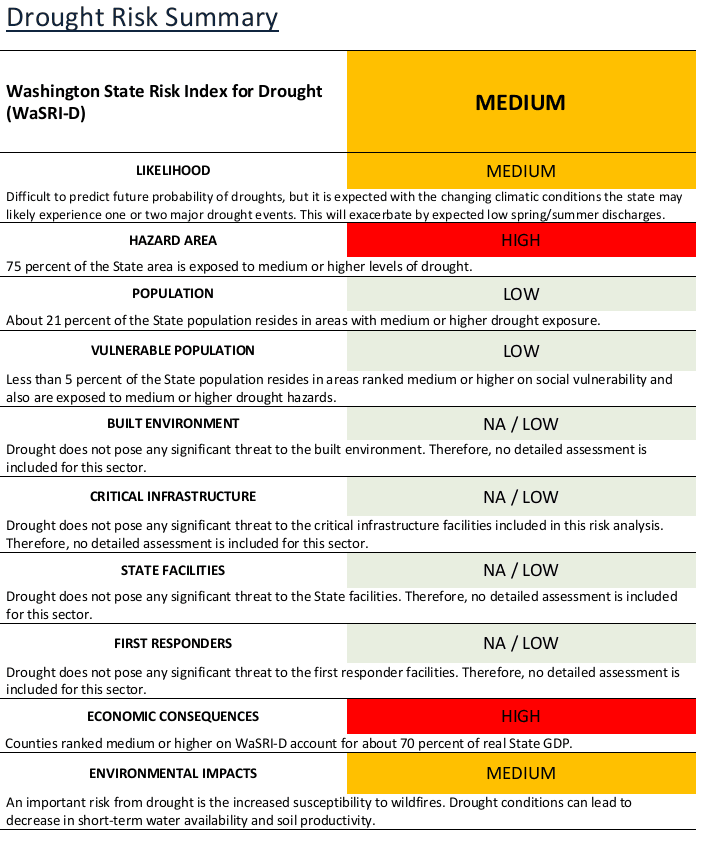 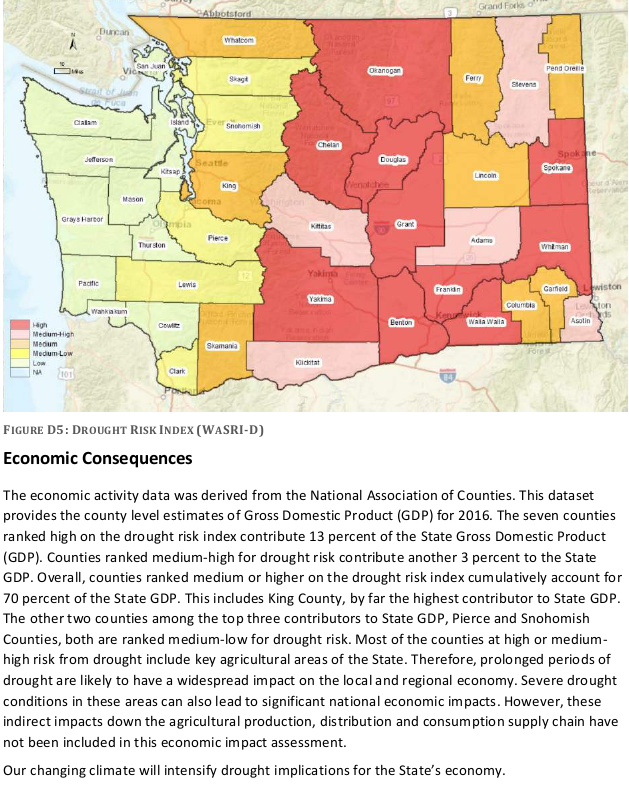